I know a lot of people watched the election results in disbelief last night, or woke up this morning and thought something like this: 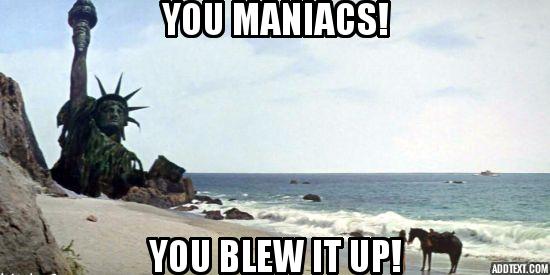 There’s a bit of sad truth there. But the real problem is how we reached the point where this was even possible. The amount of incredulity on display here is actually quite shocking to anyone that was paying attention. I knew Trump had some small chance given the political environment in America right now, yet I never thought he could actually win. The reason behind that misapprehension should shock some sense into every single one of us.

One of Trump’s primary criticisms regarding coverage of his campaign and of himself is media corruption. Can we really claim this was a mischaracterization? Back in March, the Washington Post ran 16 negative articles about Bernie Sanders in a single day. Considering the DNC itself was against his nomination, that’s hardly a surprise. Donna Brazile, the replacement DNC Chair (and former CNN correspondent) after Debbie Wasserman Schultz resigned (to work for Hillary), colluded with CNN for early access to debate questions.

But it’s not just direct DNC involvement. A ridiculous 91 percent of Trump news coverage from July to October has been negative. New York Times? Bought. ABC? Paid for. NBC? In the bag. It just goes on and on like this. Not even The Onion is safe, having been acquired by Univision, which just happens to be chaired by a top Clinton donor. Let’s not forget Google. Add in naked propaganda organizations like Correct The Record specifically designed to target social media, and you have a perfect storm of constant negative coverage.

It worked against Sanders, so I guess the theory was that Trump would suffer the same result. The problem is all of this positive Clinton news and negative Trump bias caused a feedback loop. Media was faced with the problem of selling their new narrative. Polling is acknowledged as an inexact science, so a little Democratic oversampling is easy to dismiss or ignore. Despite the real numbers, it would appear as though Hillary had the upper hand. This may or may not serve to discourage Republican voters, but the inherent danger here is that it does the opposite. Secure in their knowledge that Trump is a joke and has no chance at winning, Democrats might actually be more likely to skip the vote. Especially for a candidate they don’t enthusiastically support.

It became an endless litany on the news, in the papers, in social media, on forums, and everywhere else: Trump is a joke. Trump is sexist. Trump is evil incarnate and eats babies while pairing them with the wrong wine. The bottom line is that Trump has no chance, regardless of how much support he might actually have. By ignoring objectivity, media failed to identify legitimate voter concerns that might result in support for Trump.

We live in a time where media garners advertiser revenue through endless editorializing. They play one side against the other for views just as shamelessly and odiously as clickbait headlines. That our political landscape is a Coke versus Pepsi analogy—with all of the associated emotional investment—should be no surprise to anyone. So when Trump claims the media is biased, everyone believes him. As a result, little to nothing the media says about Trump could ever be taken seriously.

So who would vote for Donald Trump, that racist, misogynist, insecure, shameless, huckster clown? Well, over 59 million people did just that, and though mentally expedient, considering all of them to be misogynist racists is a mere application of othering. Framing opposing viewpoints as unworthy or even repulsive is a favorite pastime of Humanity. Maybe Trump supporters have concerns besides identity politics.

Michael Moore recently called Trump a “human Molotov cocktail”. Yet why might someone feel that they want to burn the system down in the first place? Well, we’ve lost 5 million manufacturing jobs since 2000 for one. Health care costs have tripled since 2001. Rents have quickly outpaced inflation while median income is stagnating. Meanwhile, our infrastructure is crumbling around us.

People most affected by these problems are scared and angry. If not redress, they demand and deserve recognition. Instead, they received disdain and open derision. These are the people Hillary described as a “basket of deplorables”. That kind of tone-deaf rhetoric has consequences, and is no way to ingratiate yourself to a voting demographic.

Trump on the other hand, had a different message. He wants to make America “great” again. Whether or not such a thing is possible, that’s the mantra. Which candidate would you vote for, given only one will even acknowledge your existence? Will Trump deliver on any of his promises? Of course not; the system doesn’t work that way. But as a technique for garnering support, it’s a flawless and battle-tested approach.

There’s also the constant undercurrent of cognitive dissonance this election. Many Republicans repudiated Trump by voting for Hillary this year, but not everyone is so willing. For better or worse, Trump was the GOP nominee for 2016, and as such, receives a lot of automatic base support. Tradition is a something of a double-edged sword. An average Republican voter faced with Trump as a candidate must make a decision. Has the GOP, the party they’ve supported all of their lives, the party their friends and family have vouched for and rallied behind for generations, be wrong? Or is the media just being its usual disingenuous self? 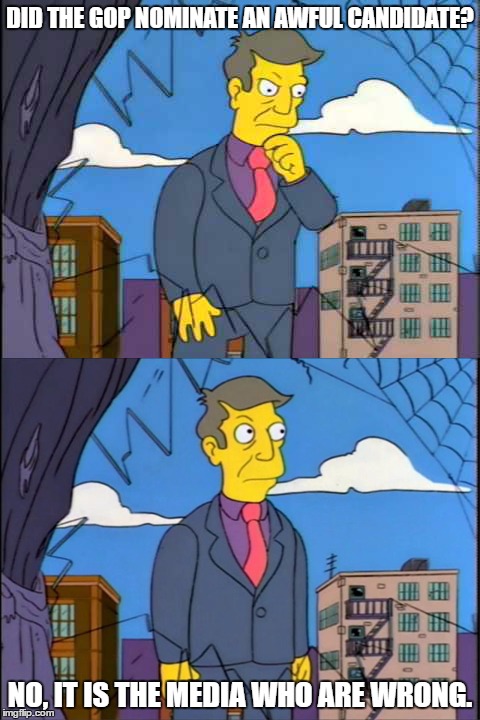 Given how much hyperbole has defined this election, it’s probably easier to believe Trump is misquoted, or has basic human flaws that are being exaggerated. There’s a reason Trump has been so ruthless in lambasting all forms of media and journalism; he knows nobody trusts them anymore and wants to reinforce that message. It’s just dirty politics trying to keep your guy out! How shameless can they get?!

I already wrote a long diatribe mostly centered on Hillary. The main defense I’ve heard is that Hillary only looks bad because the Republicans have been maligning her for 30 years. Well, so what? Even if that were the case and all of her scandals are conspiracy fever dreams, that’s the public perception. You know, the people who vote? Both Hillary and Trump are among the least favorable candidates in history. Nominating her was a critical mistake by the DNC. Despite all of the owed favors that led to the situation, this should have never happened in the first place. If it was so important to nominate a woman for 2016, why not someone with orders of magnitude less political baggage?

Consider the average undecided or even Republican voter. To them, Hillary is essentially riding Bill’s coattails and represents another family dynasty. As if George Bush I and II weren’t bad enough. She gives $200k speeches to the same soulless banks that are ruining the economy. She’s openly calling for a no-fly zone in Syria, which could cause another cold war with Russia. What is this, 1950? She deleted evidence after receiving a subpoena, and was never held accountable. Remember when Martha Stewart went to prison for merely lying to the FBI?

To the general public, she’s an unaccountable, corrupt, establishment candidate. Instead of the guy who regularly drew record breaking crowds, we got stuck with a widely hated demagogue because it was “her turn”. With a choice between Hillary and the embodiment of a narcissistic scam artist, why not vote to burn the whole thing down? It certainly sends a message.

Republicans hated her. Independents weren’t very enthusiastic for her. Even long-time Democrats begrudgingly accepted her as some Republicans probably accepted Trump. And still I believed she would win. She would be able to nominate at least one Supreme Court seat, after all. Given her health problems, it’s possible Tim Kaine would take over, and he’s about as unoffensive as possible. That would have been a much safer result than setting fire to the whole establishment by voting Trump. As the results started rolling in, I went from surprised to dismayed, just like too many others.

That means even I was taken in by the media narrative. I went into the election knowing everything I just wrote, and yet I assumed Trump was enough of a caricature that it wouldn’t matter. This is the true and terrible aftermath of ignoring inconvenient realities. The media never sufficiently did their job, instead electing to butter our asses with sensationalism and melodrama. This is the result. We now have a reality TV star who mugs like a 1930’s mob boss as our Commander in Chief. 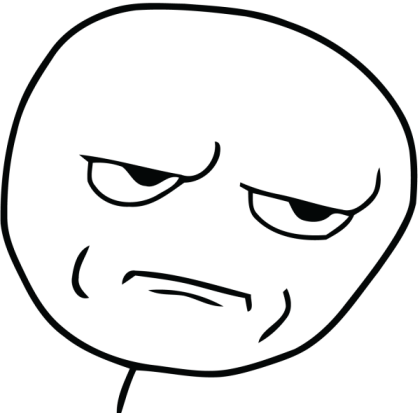 Thanks to the bite-sized inoffensive pap the media has been feeding us for the last couple decades, we’re now Idiocracy. Thanks, assholes.